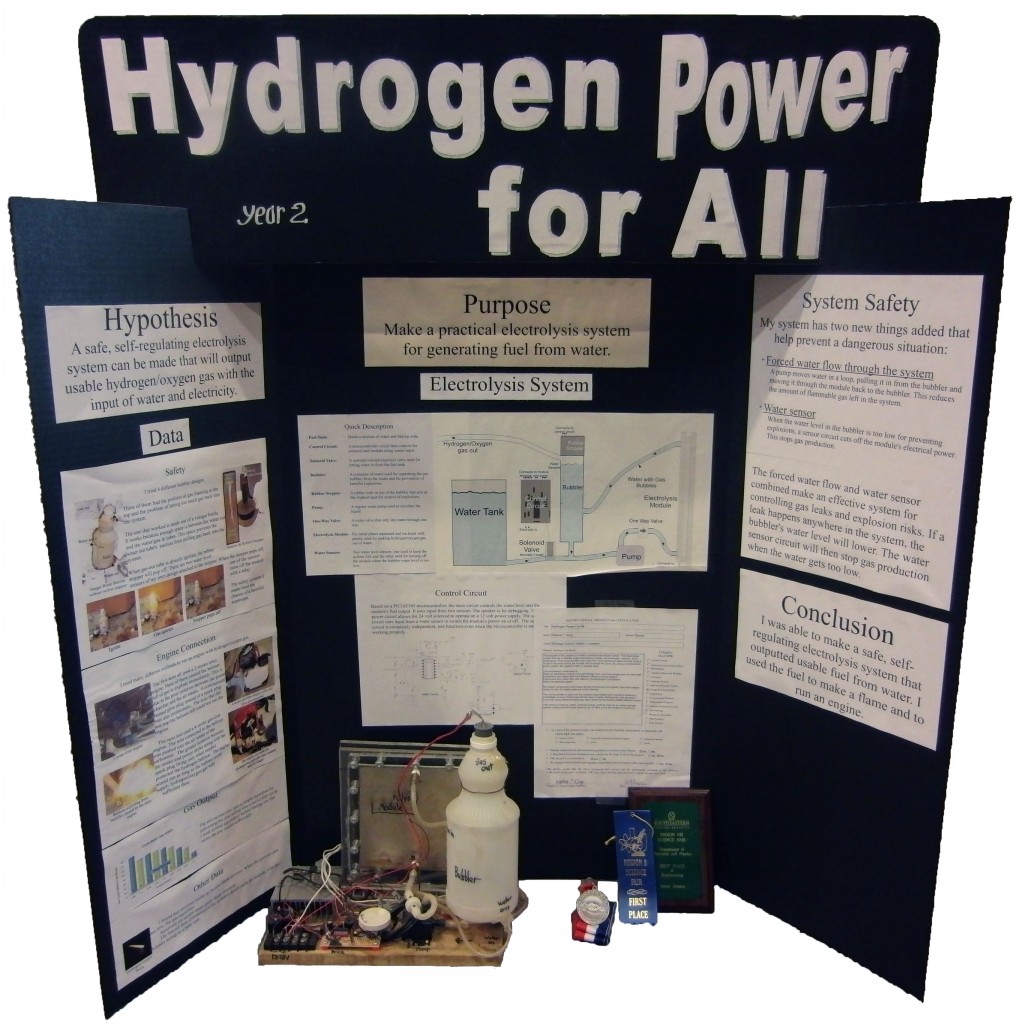 My science fair board, electrolysis module, and awards 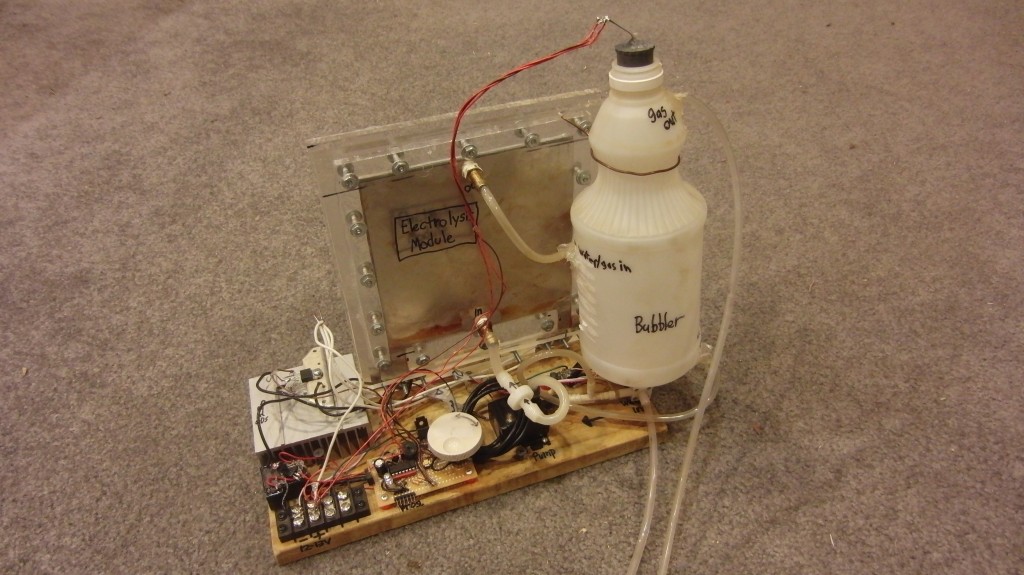 My electrolysis module. Makes hydrogen out of water and electricity

My system components were tested among themselves and against other technologies using the ratio of usable power per cost to operate.

The microcontroller is used with the variable-output electrolysis module to produce a controllable amount of HHO gas with the input of water, baking soda, and electricity. I found that using different frequencies when powering the module yielded different results.

This method of making usable rotational energy could be used on an energy storage system, mass-produced water powered car, or other yet to be thought of inventions.

Make a practical electrolysis system for generating fuel from water.

A safe, self-regulating electrolysis system can be made that will output usable hydrogen/oxygen gas with the input of water and electricity. 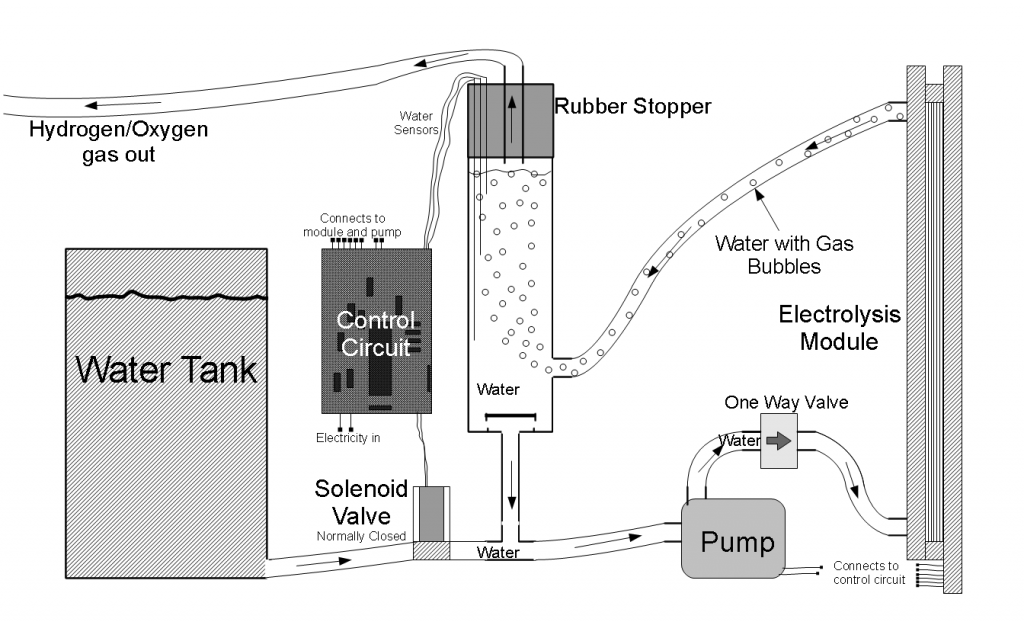 Water Tank- Holds a mixture of water and baking soda.

Solenoid Valve- A normally-closed electrical valve used for letting water in from the fuel tank.

Bubbler- A container of water used for separating the gas bubbles from the water and for prevention of harmful explosions.

Rubber Stopper- A rubber cork on top of the bubbler that acts as the weakest spot for control of explosions.

Pump- A regular water pump used to circulate the liquid.

One-Way Valve- A water valve that only lets water through one way.

Water Sensors- Two water level sensors, one used to keep the system full, and the other used for turning off the module when the bubbler water level is too low.

My system has two new things added that help prevent a dangerous situation:

Forced water flow through the system

A pump moves water in a loop, pulling it in from the bubbler and moving it through the module back to the bubbler. This reduces the amount of flammable gas left in the system.

When the water level in the bubbler is too low for preventing explosions, a sensor circuit cuts off the module’s electrical power. This stops gas production.

The forced water flow and water sensor combined make an effective system for controlling gas leaks and explosion risks. If a leak happens anywhere in the system, the bubbler’s water level will lower. The water sensor circuit will then stop gas production when the water gets too low.

The one that worked is made out of a vinegar bottle.
It works because enough space is between the water out and the water/gas in tubes. This space prevents the water out tube’s suction from pulling gas back into the system.

When gas-out tube is directly ignited, the rubber stopper will pop off. There are two water level sensors of my own design attached to the stopper. When the stopper pops off, one of the sensors turns off the module with a relay.

The safety systems I made limit the chance of a harmful explosion.

I tried many different methods to run an engine with hydrogen/oxygen gas.

The first tests all used a 2-stroke nitro engine. Most of them caused the balloon full of gas to explode immediately. This is due to the poor isolation between the piston chamber and the air intake. A continuously heated glow plug instead of a spark plug was also problematic. The tests that did not pop the balloon still could not run the engine.

The next test used a 4-stroke gasoline engine. The tube connected to the balloon was pushed into the air intake of the carburetor. The greater isolation between the intake and power stroke along with the spark plug firing only when needed protected the hydrogen balloon. The engine would run as long as the balloon could supply hydrogen/oxygen gas with sufficient flow.

I found that pressure works as its own flame arrestor. When the pressure gets too low, the gas backfires.
Aquarium air stones made great flame arrestors.
The forced-flow circulation of the system’s liquid cools the module, with the bubbler acting as a heat sink. 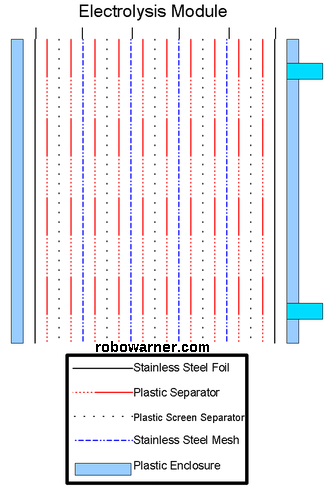 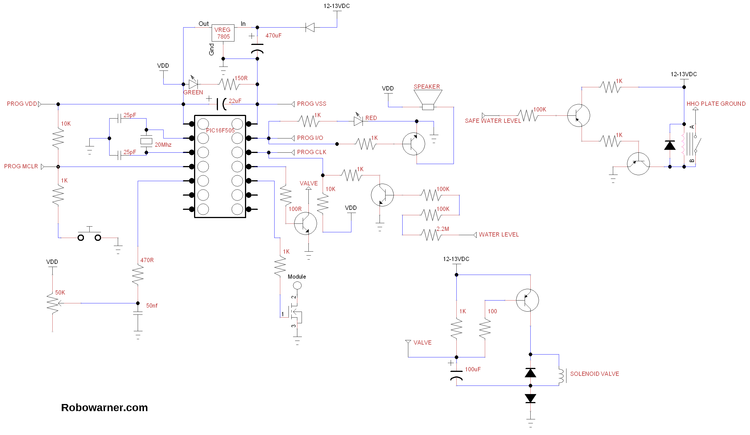 One thought on “Hydrogen Fuel”