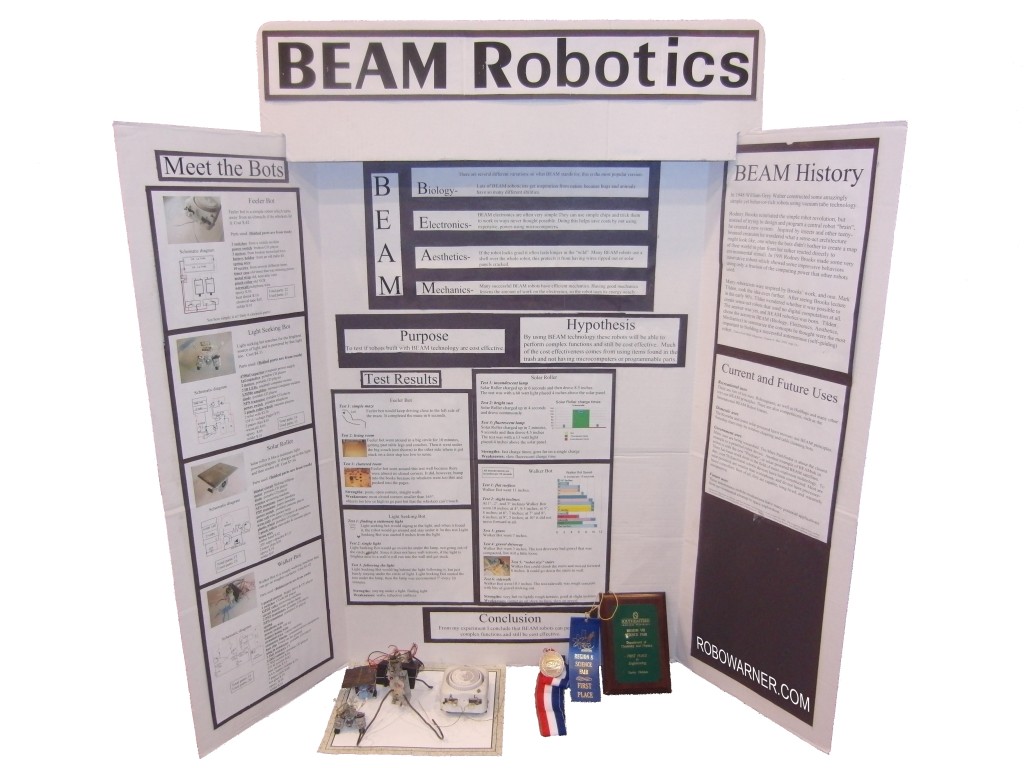 My Science Fair Board, Robots, and Awards 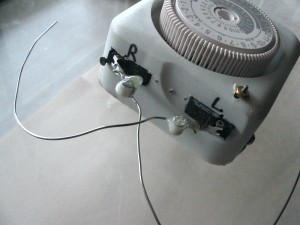 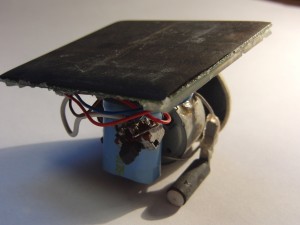 Solar roller is like a miniature light powered dragster. It charges up in the light and then zooms off. Cost $7.54
Parts used: (Bolded parts are from trash) blinker circuit from a flashing lollipop, motor, diode, wires (all), and plastic wheel from a portable CD player, resistor from an answering machine, NPN and PNP transistor from a paper shredder, power switch from a portable cassette player, solar cell from a solar garden lamp, 2 pinch rollers from a cassette player, house wire, rubber band $.02, .22F super capacitor $7.31, 2 paper clips $.01, epoxy $.19, solder $.01 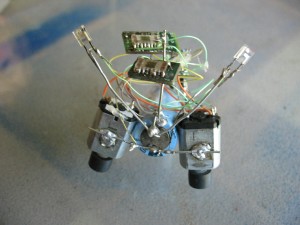 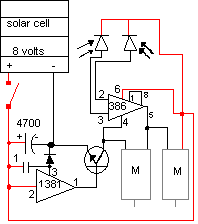 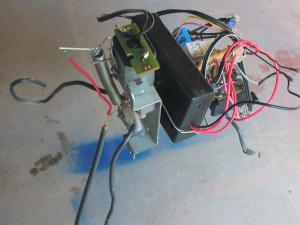 The purpose of this project is to demonstrate cost savings by using BEAM (Biology, Electronics, Aesthetics, Mechanics) technology in simple robots to do certain tasks that do not require a lot of computing power.

These robots depend more on simple sensors and circuits than processing power. Not having processing power also means less energy used, so batteries will last longer. Several are solar powered, making them almost completely self sufficient by running off sunlight.

Much of the cost savings is from using items found in the trash. Much of the garbage today has electronics in it that can be used for BEAM robots.

The procedures I used were to 1) read about BEAM, 2) build the robots using recycled parts and BEAM technology, and 3) test them with different terrains and conditions. These conditions included a dark room, a bright room, a maze, and other conditions. It also included rocky areas, concrete, carpet, and other terrains.

BEAM robots work great for most simple jobs, such as vacuuming a floor. But their limited processing power makes them unsuitable for more complicated jobs, like building a car.

There are several different variations on what BEAM stands for, this is the most popular version.

Biology– Lots of BEAM roboticists get inspiration from nature because bugs and animals have so many different abilities.

Electronics – BEAM electronics are often very simple.They can use simple chips and trick them to work in ways never thought possible. Doing this helps save costs by not using expensive, power-using microcomputers

Aesthetics– If the robot looks good it often lasts longer in the “wild”. Many BEAM robots use a shell over the whole robot, this protects it from having wires ripped out or solar panels cracked.

Mechanics– Many successful BEAM robots have efficient mechanics. Having good mechanics lessens the amount of work on the electronics, so the robot uses its energy wisely.

To test if robots built with BEAM technology are cost effective.

By using BEAM technology these robots will be able to perform complex functions and still be cost effective. Much of the cost effectiveness comes from using items found in the trash and not having microcomputers or programmable parts.

Test 1: Simple maze. Feeler bot would keep driving close to the left side of the maze. It completed the maze in 6 seconds. 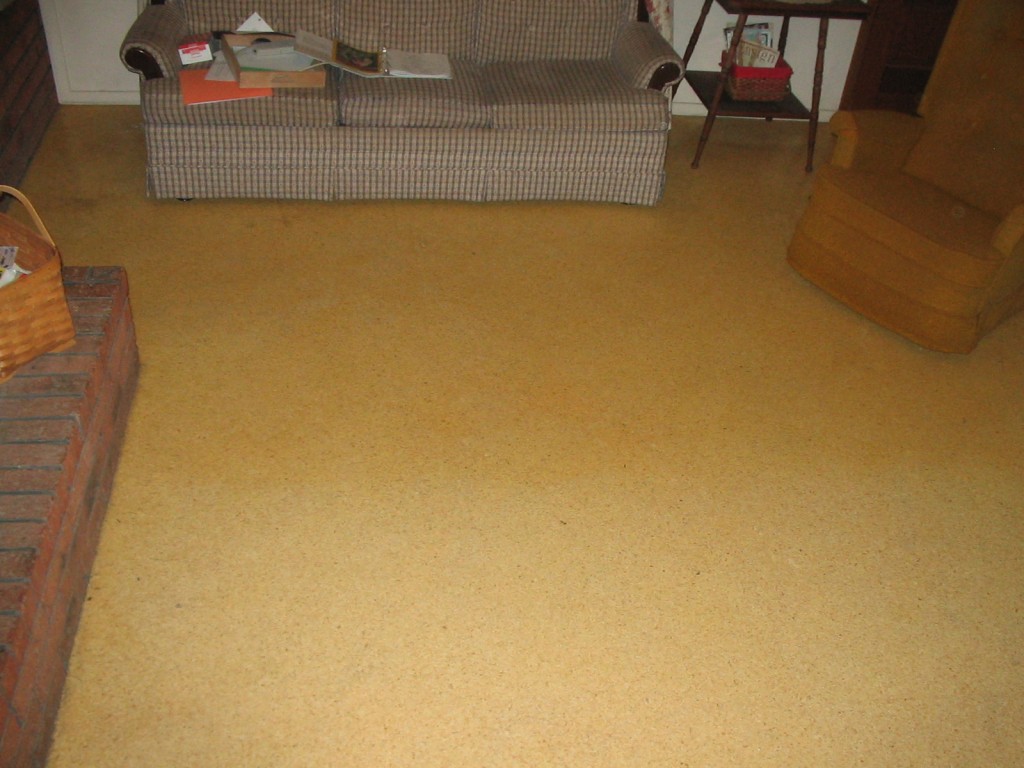 Test 2: Living room. Feeler bot went around in a big circle for 10 minutes, getting past table legs and couches. Then it went under the big couch (not shown) to the other side of the room where it got stuck on a door step too low to sense.

Test 3: Cluttered room. Feeler bot went around this test well because there were almost no closed corners. It did, however, bump into the books because its whiskers were too thin and pushed into the pages.

Strengths: posts, open corners, straight walls.
Weaknesses: most closed corners smaller than 165°, objects too low or high to go past but that the whiskers can’t touch.

Test 1: incandescent lamp
Solar Roller charged up in 6 seconds and then drove 8.5 inches.
The test was with a 60 watt light placed 4 inches above the solar panel.

Test 3: fluorescent lamp
Solar Roller charged up in 2 minutes, 9 seconds and then drove 4.5 inches The test was with a 13 watt light placed 4 inches above the solar panel.

Light seeking bot would zigzag to the light, and when it found it, the robot would go around and stay under it. In this test Light Seeking Bot was started 8 inches from the light

Test 2: single light
Light Seeking Bot would go in circles under the lamp, not going out of the circle of light. Since it does not have wall sensors, if the light is brighter next to a wall it will run into the wall and get stuck.

Test 4: gravel driveway
Walker Bot went 3 inches. The test driveway had gravel that was compacted, but still a little loose. 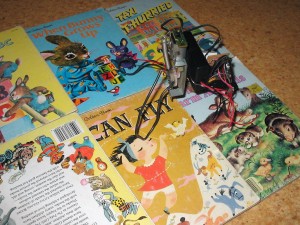 Walker Bot could climb the stairs and moved forward 6 inches. It could go down the stairs as well.

There are lots of toy uses, Robosapiens, as well as BioBugs and many other toys use BEAM principles. There are also competitions, such as the International BEAM Robot Games.

The Roomba and some solar-powered lawn mowers use BEAM principles. Someday there may be window cleaning and table cleaning bots.

Many uses are being researched. The Mars Pathfinder is about the closest example to a practical robot device. Another example of BEAMtek in action is with the new “Pixelsats”, or solar-powered BEAM satellites. There has been work done in the field of mine-explosion technology. To date, over 70 functional robotic devices have been constructed. Most are solar powered, are smaller than a telephone, and do not have processor-based controllers. Best of all, they are capable, long-lived, and extremely inexpensive.

These autonomous mobile mechanisms have many potential applications from environmental cleanup to space exploration.

Rodney Brooks reinitiated the simple robot revolution, but instead of trying to design and program a central robot “brain”, he created a new system. Inspired by insects and other teeny-brained creatures he wondered what a sense-act architecture might look like, one where the bots didn’t bother to create a map of their world to plan from but rather reacted directly to environmental stimuli. In 1991 Rodney Brooks made some very innovative robots which showed some impressive behaviors using only a fraction of the computing power that other robots used.

Many roboticists were inspired by Brooks’ work, and one, Mark Tilden, took the idea even further. After seeing Brooks lecture in the early 90’s, Tilden wondered whether it was possible to create sense-act robots that used no digital computation at all. The answer was yes, and BEAM robotics was born. Tilden chose the acronym BEAM (Biology, Electronics, Aesthetics, Mechanics) to summarize the concepts he thought were the most important to building a successful autonomous (self-guiding) robot.

From my experiment I conclude that BEAM robots can perform complex functions and still be cost effective.