Connected through a WiFi network, this robot can be driven remotely by any computer. Using the IP Camera app, it also live streams both front and rear facing cameras from the Android phone.

This project is an exercise in communication. The controlling computer simply runs an HTML page that detects keyboard input, and sends commands over the local WiFi network using the WebSocket protocol. The Android phone is running my custom app which serves up a WebSocket connection for any local computer to connect. Any commands the app receives get passed over USB (OTG) to an Arduino. The Arduino translates these commands into a serial stream for the Roomba, and PWM output for the two head servos. 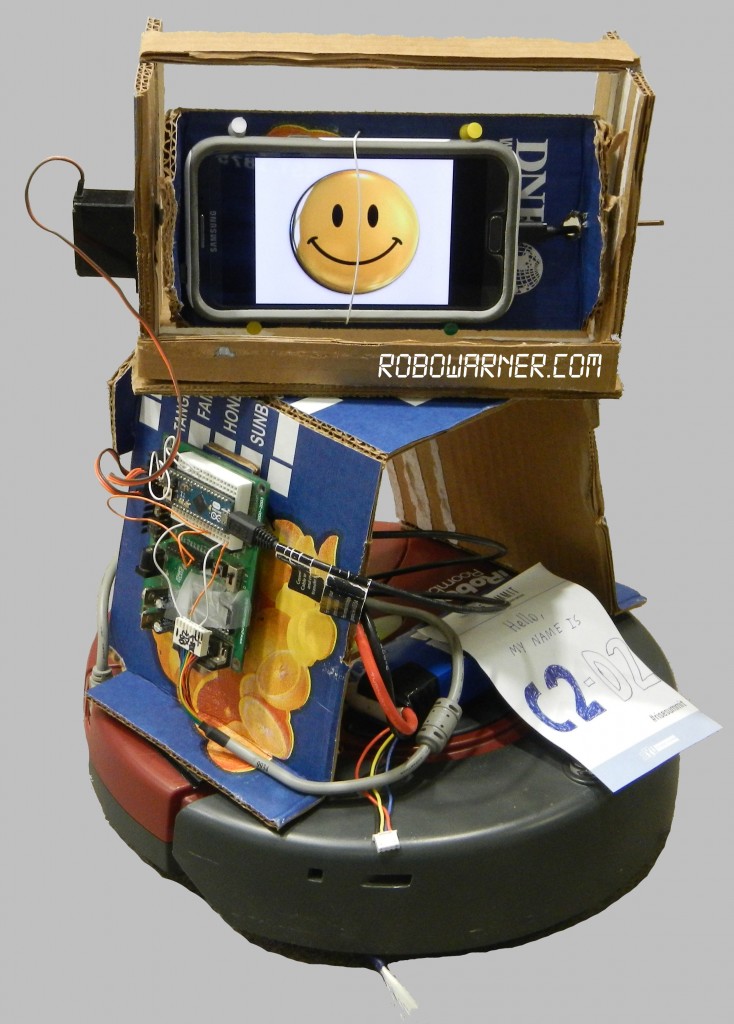 Receives serial commands through USB and outputs serial data to Roomba and PWM control for head servos. Sorry for the messy code, I’ll update it later.

Enter the local IP address of the Android phone, then control the Roomba with the arrow keys. Use WASD to move the head. Mostly JavaScript.

I’m not experienced in Android or Java coding, so it might take some time to clean up my code. 🙂